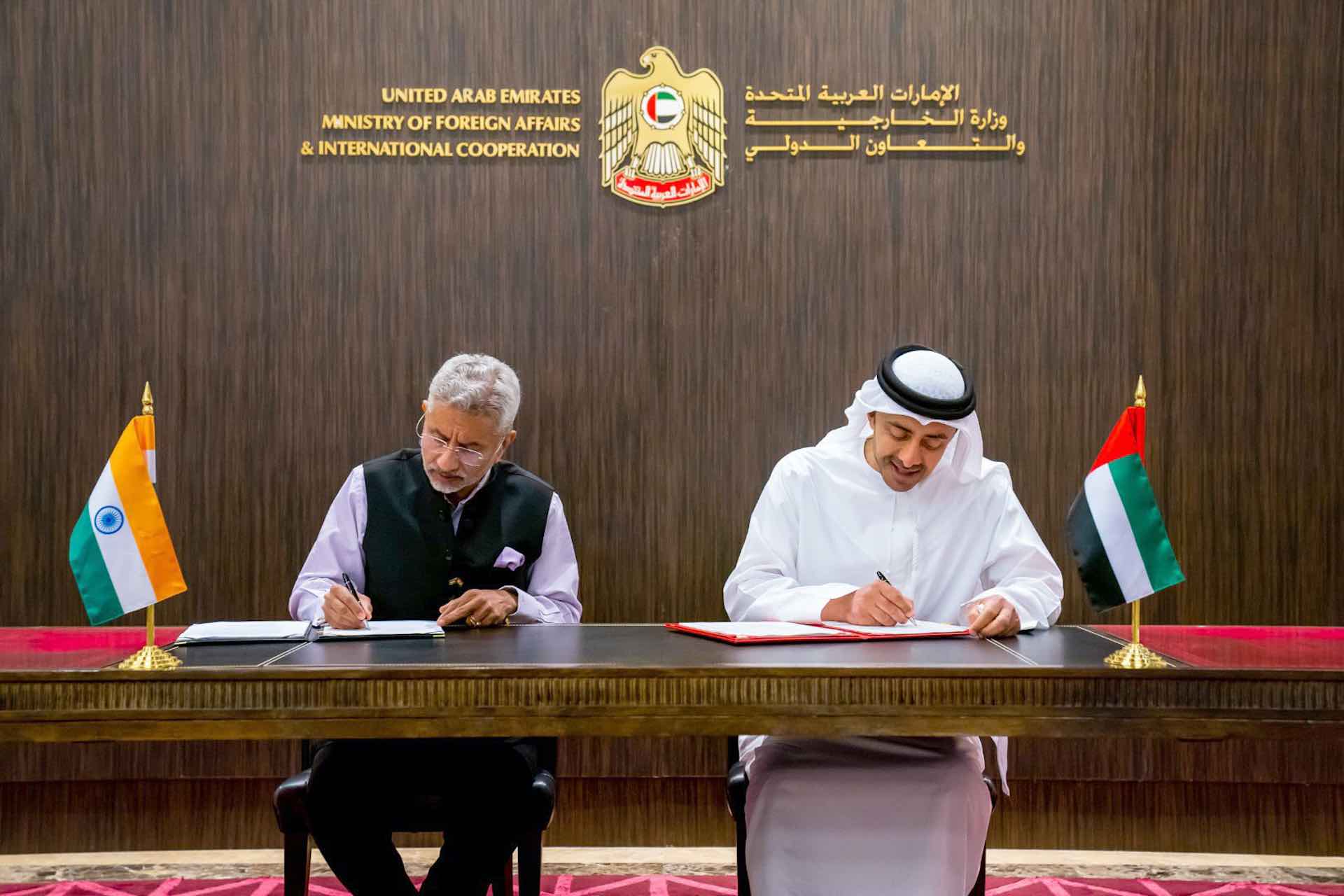 As he welcomed the members of the committee, the Emirates’ top diplomat said, “I would like to extend a warm welcome to each of you. I am delighted to see so many familiar faces in the room, and I hope that the United Arab Emirates is already becoming a second home to all of you.” I am delighted to be here today to witness the fourteenth session of the UAE-India Joint Committee. In the first place, I want to express my gratitude to His Highness Sheikh Mohammed bin Zayed Al Nahyan, President of the UAE, and Narendra Modi, Prime Minister of the Republic of India, for their leadership. As our strategic relations have expanded and deepened, we have greatly benefited from their wise guidance and stewardship.”

As an invaluable trade partner, India ranks second in terms of imports, and first in attracting foreign direct investment from the UAE. Additionally, air traffic between the two countries reached nearly 3.5 million passengers in 2021, he explained. In addition to being the second largest destination and source for Indian exports and imports, the UAE is also India’s largest source of foreign direct investment.

We have an unprecedented level of trade between our two countries now, approaching 70 billion US dollars in 2021. This is one of the most successful bilateral relationships in economic diplomacy. Through the establishment of various multilateral cooperation initiatives, our relationship has been enriched. In addition to strengthening Emirati-Indian relations, multilateral cooperation is an integral part of our strategy to enhance our regional and global standing.

Sheikh Abdullah highlighted the successful collaboration within the Indian Ocean Rim Association (IORA), as well as the cooperation between the two nations within the I2U2 grouping, as examples of the UAE’s and India’s existing and emerging opportunities in international institutions and organizations. “I also look forward to deeper cooperation with India through the UAE’s increased participation in the BRICS, Shanghai Cooperation Organization, and G20 groups. In accordance with the UAE’s position in the international community, we are eager to contribute meaningfully to these forums.”

He thanked the Republic of India for supporting the UAE’s candidacy for membership in the Council of the International Telecommunication Union (ITU) for the period 2023-2026. Further, we appreciate India’s support for the UAE’s re-nomination for ICAO Group III membership in 2022-2025.

Dr. Subrahmanyam Jaishankar, Minister of External Affairs of the Republic of India, hailed the long-standing strategic relations between the two nations, commending the UAE’s significant role during recent times of global low morale. “We also appreciate that when global morale was low, the UAE conveyed a categorical message to the world that when the going gets tough, the tough get going.”

“In the last two years”, the Indian top diplomat continued, “There has been a growing realization on both sides that we are an integral element of each other’s economy and political future. Our track record, in terms of concrete deliverables, says it all. Conclusion of the Comprehensive Economic Partnership Agreement (CEPA) in 88 days underscores the commitment of both sides and makes a loud and clear statement to the world that where there is will, and trust, there is a way.”

The Indian minister expressed happiness that in spite of COVID-19, the high level interaction between the two countries has continued. “In this context, I wish to thank President His Highness Sheikh Mohamed bin Zayed Al Nahyan for receiving Prime Minister Shri Narendra Modi in Abu Dhabi on 28th June, 2022. If a picture is worth a thousand words, I think the picture of the warm embrace between our leaders was worth a million.

“Another historical accomplishment has been the unveiling of the Joint Vision Document by our leaders in February this year as a roadmap for our Partnership for the coming years and decades. I am happy to note that work has already commenced in several areas including Climate Action, Renewable energy, Health Cooperation in Africa, setting up IIT in the UAE, United Payment Interface, Skills Cooperation, setting up a Cultural Council and multiple other areas.”

After the meeting of the 14th session of the UAE-India Joint Committee was concluded, the two top diplomats signed the minutes. Additionally, they witnessed the signing of a Memorandum of Understanding (MoU) between the Wildlife Institute of India and the International Fund for Houbara Conservation in the UAE. Sunjay Sudhir, Ambassador of India to the UAE, and Abdullah Ahmed Khalaf Al Qubaisi, Managing Director of the International Fund for Houbara Conservation, signed the MoU.

Sheikh Abdullah and his Indian counterpart also witnessed the signing of the Memorandum of Understanding between MoFAIC and the Ministry of External Affairs of India regarding the establishment of the UAE-India Cultural Council Forum. Omar Saif Ghobash, Assistant Minister of Foreign Affairs and International Cooperation for Cultural Affairs, and the Indian ambassador to the UAE signed it.

Before the joint committee’s work started, Sheikh Abdullah met with his Indian counterpart. They explored ways to further consolidate strategic relations and comprehensive partnership ties between the two friendly nations. In addition, they discussed regional and international issues of interest.

Global growth will slow to 1.9 percent in 2023, warn UN economists

Suicide bomber kills 20 and injures 96 at mosque in Pakistan

Australian authorities are searching for a missing radioactive capsule